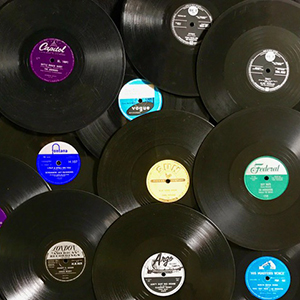 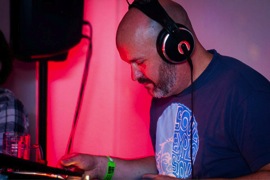 Cover vs Original – a special vinyl-dj-set by Justin Barwick

Justin Barwick will play a DJ set of cover songs and original versions of songs that became better known by a cover version (for example Jimi Hendrix version of Bob Dylans – All Along The Watchtower).

Sometimes an artist takes a great song and covers it (Yesterday by The Beatles has been officially covered over 1,600 times!) The results can vary but are often interesting. Maybe sung in a different language or changing the style of the song completely. A ballad can be turned into a Punk song or a rocker into a folk song.

Come and enjoy the DJ set and see if you can work out if it’s an original or a cover, and who is the artist?

Justin was born in London just when Rock & Roll had the world going crazy and today lives in Innsbruck, Austria / London, UK

He started his DJ career professionally in 1984 as the resident DJ in a French holiday resort. Former resident DJ at The Atomic Café in Munich Germany and at Casino Royale in London