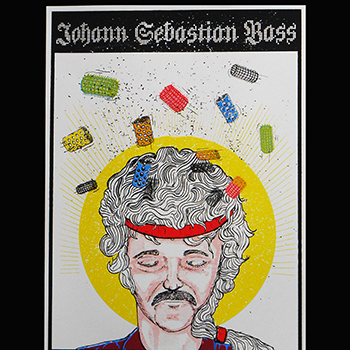 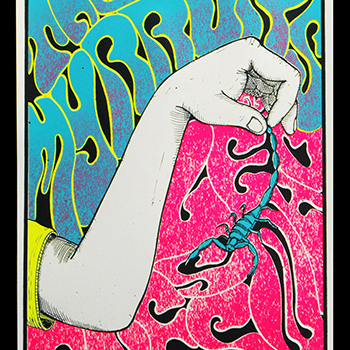 Zellerluoid is an Austrian Screenprinter and Illustrator who`s based in Barcelona/Spain.

The screenprintmachine he uses is a „high tech something“ out of the wood of his friends Carlos house and his guitar called „Sugar“.

The table on which the machine moves was an old gambling table where tragedy and glory of a lot of people of his village had been pretty close always.

His studio is placed in a bicycle shop where he`s surrounded by the smell of weed, oil, ink and  the salty air from the Mediterranean Sea.

He’s doin´ every sort of Illustration, Posters, Artworks and is working on his own T-Shirt Label called „BRKN IDEAS“.